On May 16th the then Sheriff of Canterbury Cllr Colin Spooner visited Wheel Potential, an organisation providing adapted cycling for adults unable to use bicycles on ordinary roads.  The Sheriff tried out the range of possible machines and was enthusiastic, both for himself and on behalf of his wife, a keen cyclist. 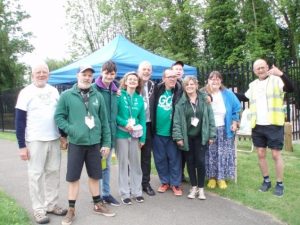 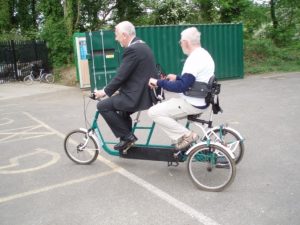 He met members of two user groups: The John Graham Centre and Swalecliffe Day Opportunities Centre, and sampled the doughnuts generously provided by Greggs for the occasion, before he had to go to more appointments on his last day as Sheriff. Several other user goups visited during the day, as well as some interested passers–by. 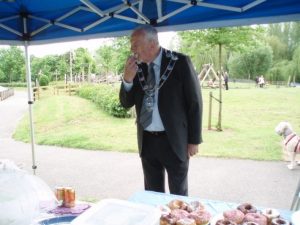 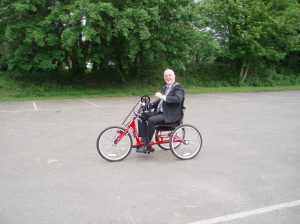 Sheriff of Canterbury trying out our bikes and sampling the doughnuts 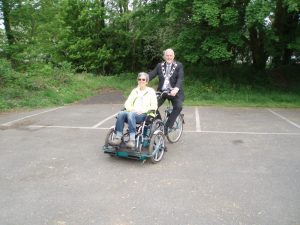 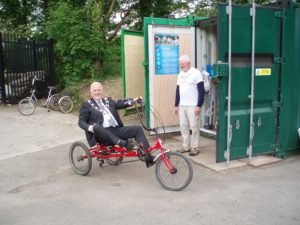